On December 20, 2019, the results of the study “Statistical analysis of the ratio of indictments and acquittal sentences, 2014-2018” were presented at the Ukrainian Crisis Media Center (UKMC).

The research was conducted with the support of the USAID New Justice Program by the Ukrainian Center for Social Data in partnership with the Center for Democracy and the Rule of Law under the project “Changes in the Judicial System of Ukraine: Statistical Analysis of Court Decisions.”

Ukraine has had a critically low acquittal rate over the past five years.

The only category that abnormally stands out from the general statistics is criminal proceedings related to crimes in the sphere of official activity and professional activity related to the provision of public services. The percentage of acquittals increased from 3.08% in 2014 to 7.67% in 2018, which is many times higher than the ratio of acquittals in general. Moreover, in 2018, a unique case was recorded for Ukraine, when the number of convicts for this category of crimes was less than the number of acquitted. 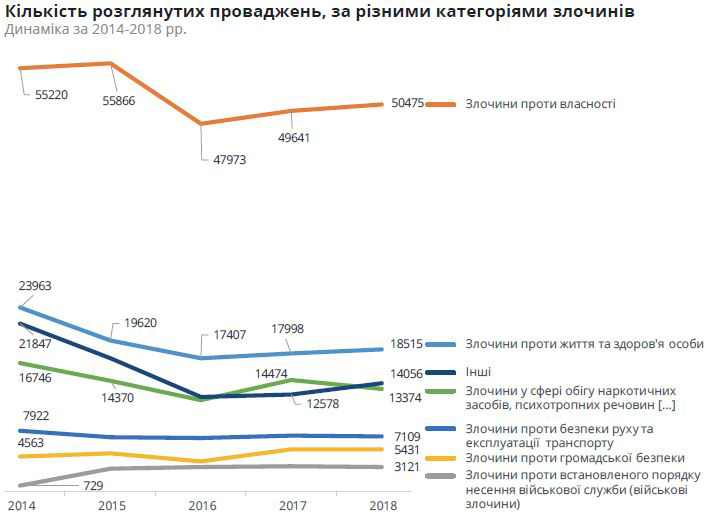 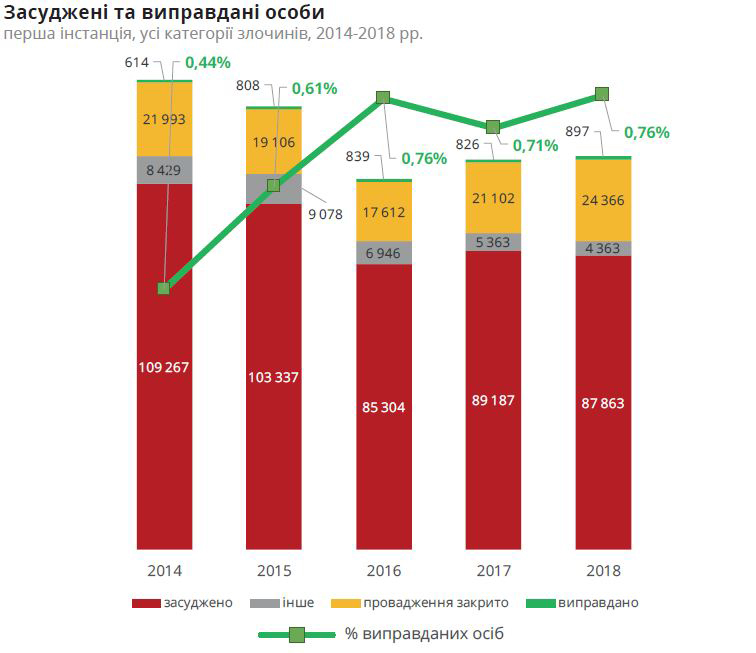 The full report is available for download here(UKR), the dataset on which the analysis was based is here.