On December 20, 2019,  the results of the study “Statistical analysis of court decisions on the prohibition of peaceful assembly, 2006-2018″ were presemted in the Ukrainian Crisis Media Center (UKMC).

The research was conducted with the support of the USAID New Justice Program by the Ukrainian Center for Social Data in partnership with the Center for Democracy and the Rule of Law within the project “Changes in the Judicial System of Ukraine: Statistical Analysis of court decisions”.

An abnormally high surge in decisions to ban peaceful assemblies took place during 2012-2013, and generally coincided with Viktor Yanukovych’s “rule.” Subsequently, since 2015, there has been a significant reduction in the total number of cases restricting the right to peaceful assembly and, as a consequence, the number of decisions prohibiting peaceful assembly. 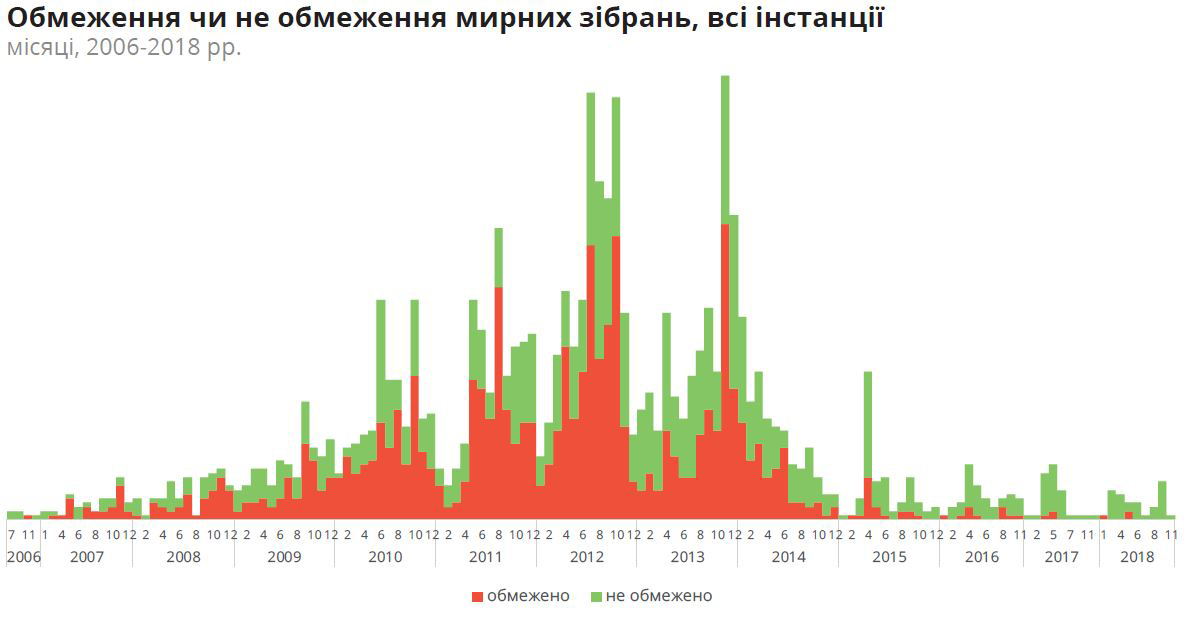 The most frequent use of references to the Decree of the Presidium of the Supreme Soviet of the USSR “On the organization and conduct of meetings, rallies, street marches and demonstrations in the USSR” took place during the period 2010-2012. This act was most often used by courts in the Autonomous Republic of Crimea. 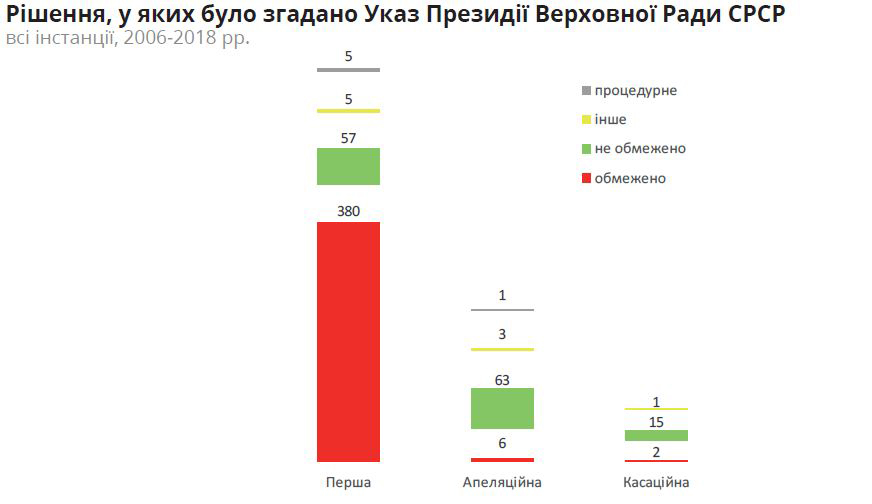 However, despite the fact that in 2013 the European Court of Human Rights in the case of Verentsov v. Ukraine found that this Decree was incompatible with the very essence of freedom of assembly, even after the Revolution of Dignity there were isolated cases of using this Decree to restrict the right to peaceful assembly. For example, in 2016, the Cherkasy District Administrative Court used a reference to the Decree as a justification for its decision.

The full report is available for download here (UKR), the dataset on which the analysis was based is here.