Native languages in the amalgamated communities: 20 years after

A lot of detailed data are collected during the census. But most of them are published only in terms of country or region. Data detailing to the level of districts, communities, and especially to the level of settlements (such as towns and villages) very often remain unpublished.

Data on the native language of the population in terms of settlements are one of the few who were “lucky” to be published. Surprisingly, Yanukovych and the Party of Regions are responsible for this. In 2012, they passed a law in the Verkhovna Rada “On the Principles of State Language Policy” (the so-called “Kivalov-Kolesnichenko Law”), according to which it would be sufficient to have 10% of the population as the native speakers in the respective oblast, city or district in order a language to receive the status of a regional language. Therefore, the State Statistics Service was obliged to publish these data.

We decided to present this extremely detailed data in the form of an interactive tool. We combined all the settlements for which data was collected in 2001 on citizens’ native language to present them  as the new amalgamated territorial communities (OTG).

It is important to express that it is unknown when the up-to date data may be collected. Even if the census will be conducted in 2022, it might pass many years before the data will be published. A more realistic scenario is that such detailed data will never be published by the State Statistics Service. It took more than 10 years to  publish  the data from 2001 census which we are using for presented visualization. 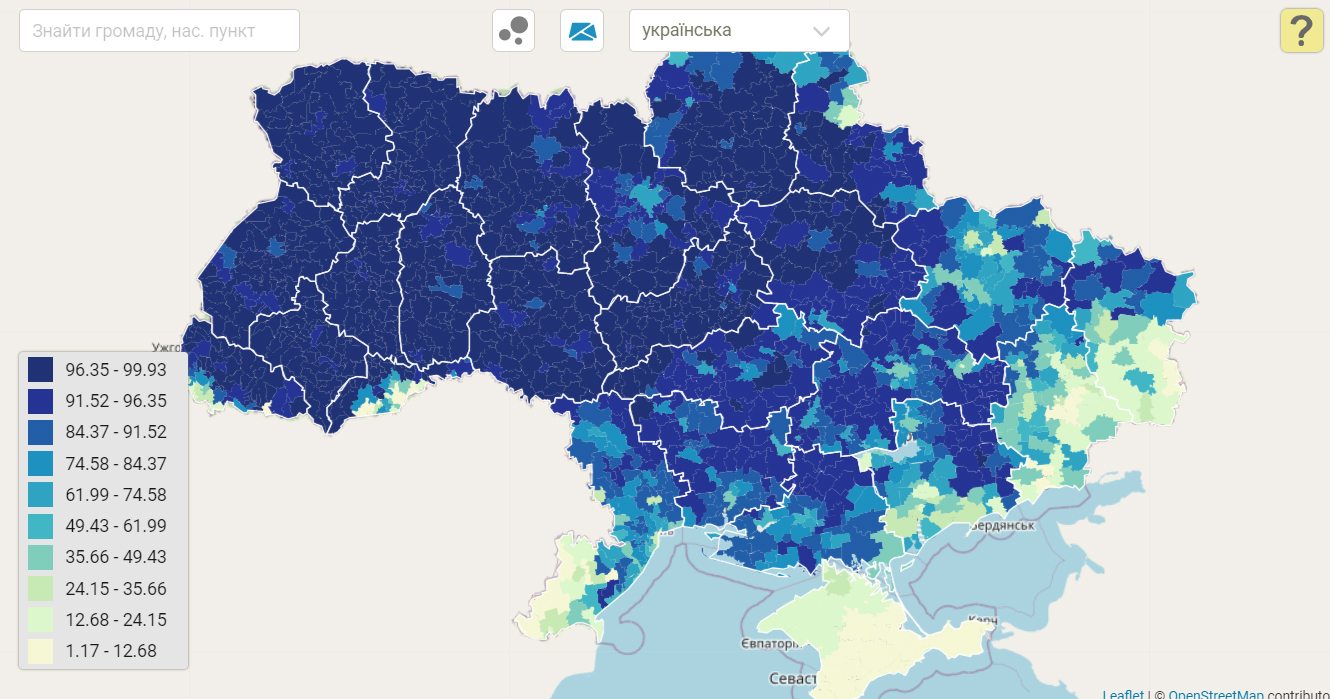 How does this work 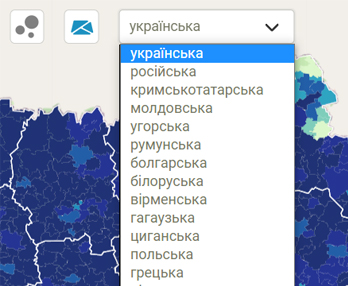 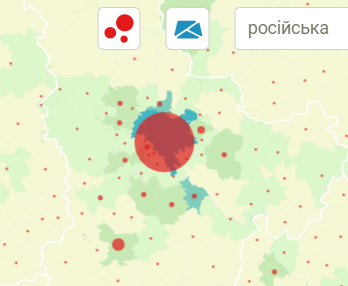 You can select another language and the map will be redrawn automatically. You can also change the map mode. By clicking on the circle icon, red circles will appear on the map, the size of which corresponds to the absolute number of people with this language in the communities. 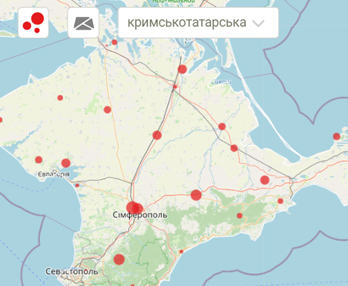 By clicking on the map icon, you can turn off the map mode (or turn it on again). By the way, for the Crimea, we tied the settlements of 2001 to the “old” districts and cities of regional importance (because the OTG has not yet been formed in the Crimea). 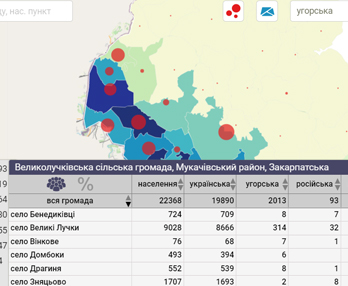 By clicking on a community, a detailed layout will appear in all native languages for all settlements that were in that community in 2001. For large cities, you can see the breakdown by districts. 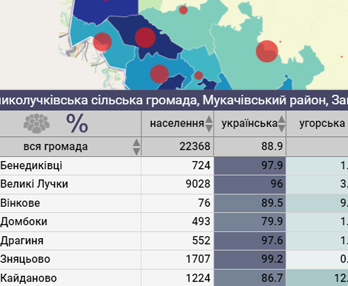 Within the community, you can switch between absolute values and percentages (so it is better to see the differences between settlements or districts in the city). 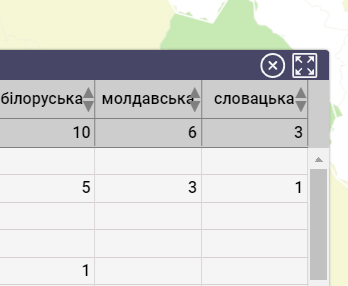 The corresponding icons on the right allow you to expand this tablet to full screen, or close it. 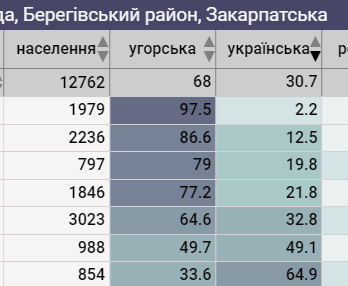 The arrows next to the language name in the table allow you to sort the data by language (quickly find where are the least or the most speakers of respective language). 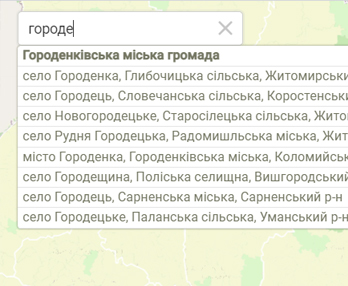 The search at the top left allows you to search for any settlement (or amalgamated territorial community). You can start entering a name and suggestions will appear. After selecting the desired option, a mark will appear on the map – where the settlement or community is located. The names of settlements of 2001 (before decommunization) are used. 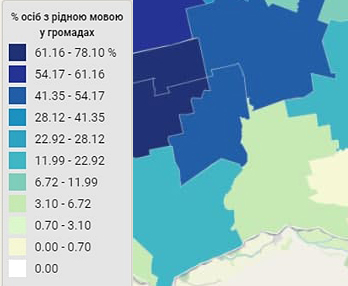 Note that the scale on the cartogram is different for each language – ranges are generated automatically to show regional differences most clearly.

In addition to interactive visualization, we also publish the underlying data set.

The existence of such detailed data makes it possible not only to better and more thoroughly understand the historical language situation in Ukraine, but also to analyze them in comparison with other data. In particular, the relationship between the spread of a native language and the elections results can be researched. Detailed electoral data collected, processed and presented within the framework of the project “Electoral Memory” (ukr.vote) provide an opportunity to research and study them in terms of polling stations, settlements, communities, districts.

The Electoral Memory project is maintained by the Ukrainian Center for Social Data with the support of the National Endowment for Democracy (NED), USA.