The distance from a deputy to a voter.

The distance from a deputy to a voter_eng

Representation as an effective link between voters and legislators is a key factor to the proper functioning of a modern democracy.

In 2024, elections to the Verkhovna Rada of Ukraine should be held according to the electoral system, which has not yet been used in the parliamentary elections in Ukraine – a kind of proportional electoral system with open lists. It was introduced in the Electoral Code, which was adopted on December 19, 2019. The leading role will be played by the parties – and new approaches will be needed to properly ensure the representative function. After all, incentives for deputies to work and interact with voters more actively or less actively also depend on the electoral system.

At the same time, no research has been conducted on how the work of deputies in the constituency and communication with voters as well as accessibility of deputies of Ukraine (“distance from a deputy to a voter”) may change due to the application of the new electoral system.

This study was conducted by the Ukrainian Center for Social Data with the support of the USAID RADA Program, which is implemented by the Eastern Europe Foundation. 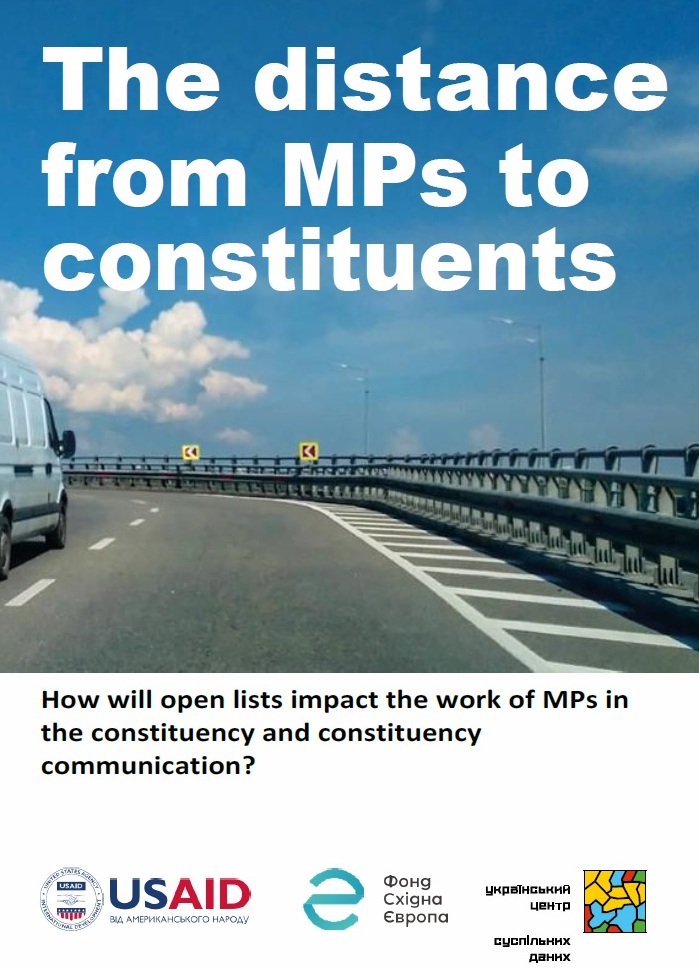 The following was done during the study:

Based on the results of the research, recommendations have been prepared to improve the communication between deputies and voters.

You can find the report here
(Attention: English translation is not official, was carried out by Rada Program https://radaprogram.org/sites/default/files/publications/ucpd_distance_from_mp_to_voter_eng.pdf)