The analysis of the average historical voter turnout in the national elections in Ukraine, in districts and communities.

The ukr.vote platform provides the data of national elections from the last 10 years  (https://ukr.vote/uk/data) in the format of open data, detailed to communities and polling stations (precincts). We have developed a convenient interactive map tool to analyze the average historical voter turnout that can be used by anyone:

This interactive map allows you to study the average historical voter turnout for districts and communities, to set ranges independently  to display data, get detailed historical information for each district or community (village, town, city council).

The analysis of voter turnout in terms of communities allows to find more accurate areas of high and low voter turnout, which may not coincide with the boundaries of districts and regions. 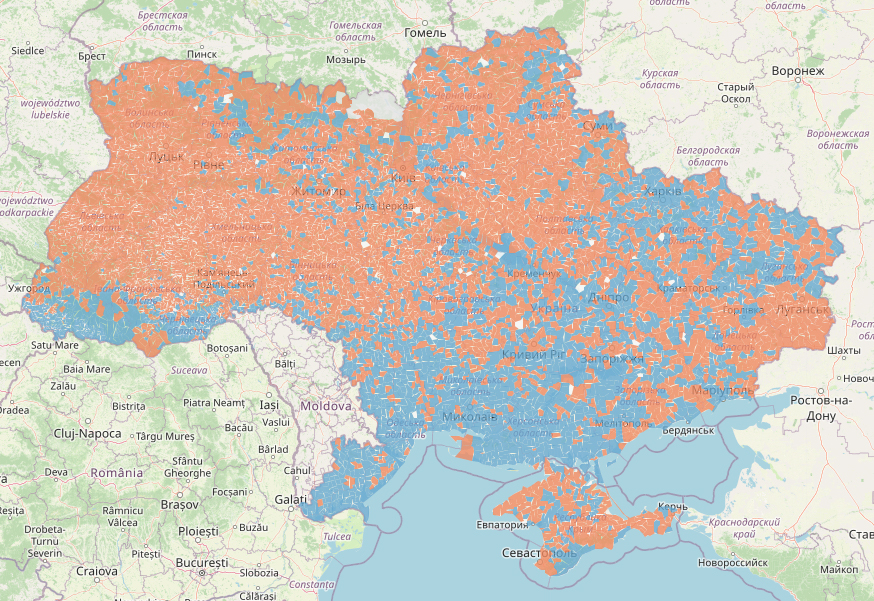 It is very interesting that this map almost coincides with the stereotypical division of Ukraine into “orange” and “blue” (“Ukrainian, pro-Western” and “pro-Russian”). That is, in territories where people traditionally voted more for the pro-Moscow political forces, voter turnout is generally lower.

Among the factors that affect the size of the voter turnout, we can highlight the following: