According to the established practice and in accordance with the recommendations of UN, population census in most countries is held every ten years. The last census in Ukraine was conducted in 2001, but for various reasons, the next census is planned only in 2016. At the same time, the State Statistics annually evaluates only the population of rayons, indicating the total amount of urban and rural population. Therefore, data of current population by communities (village, town, city councils), is absent in the State Statistics.

At the moment, the only data, by which demographic indicators could be assessed, are the number of voters. Getting the data disaggregated by polling stations from the CEC website, and grouping them by the relevant territorial units, we got an assessment of adult population (18 y.o. and older). 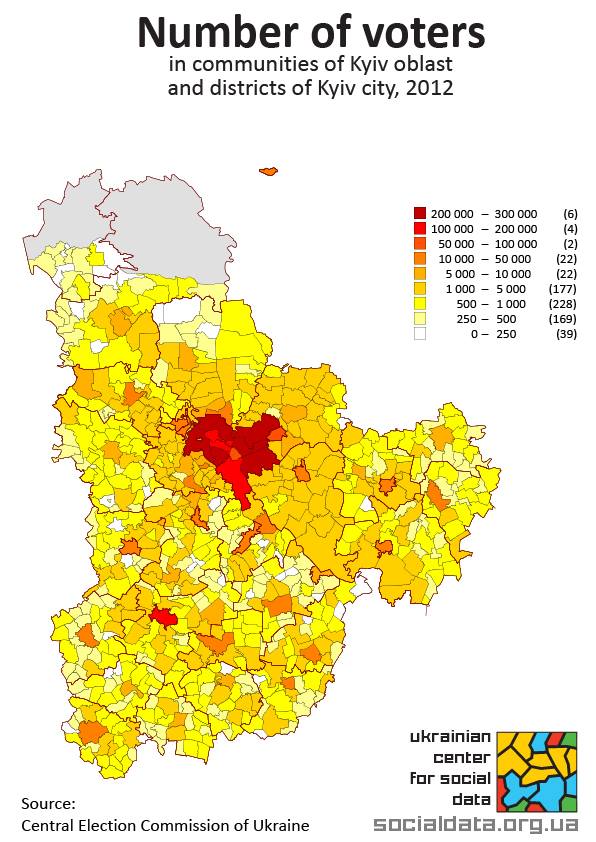 It should be noted that this method also has its drawbacks: for example, not all voters are actually living at the place of registration. Also, the State Register of Voters began operating in March 2009, and there were big complaints on the accuracy of the voters’ lists earlier. Some rural and village communities, such as village. Tsybli of Pereyaslav-Khmelnytsky rayon, Kyiv oblast, have special polling stations, with many voters who are not locals. However, in general, it is possible to assess the demographic situation and the general trend of population dynamics, using this indicator. As an example, a fragment of the map is presented, which displays information about voters in Kyiv and Kyiv region. 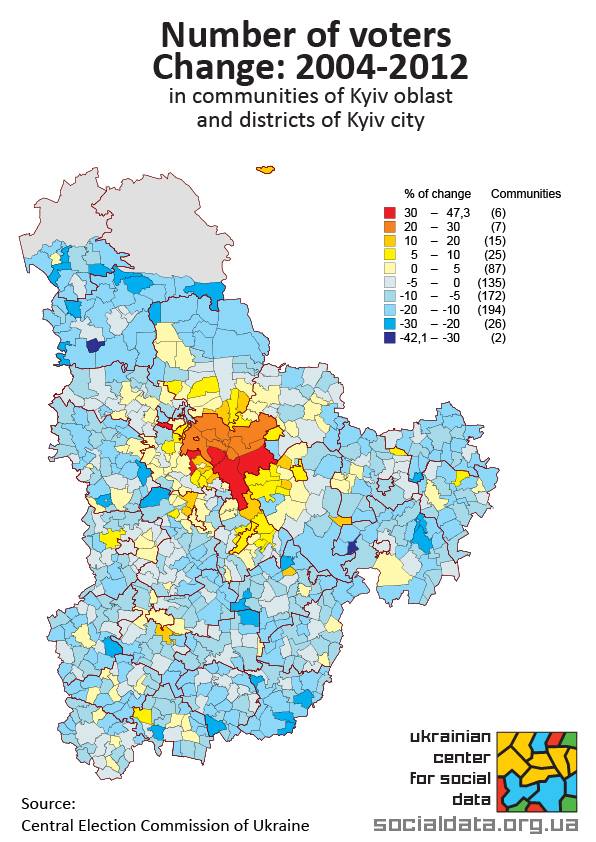 We can see, expectedly, a reduction of population in rural areas, with exception of suburban villages that actually turn into cities and towns, suburbs of Kyiv city.