Where local elections of 2015 will take place in Donbas 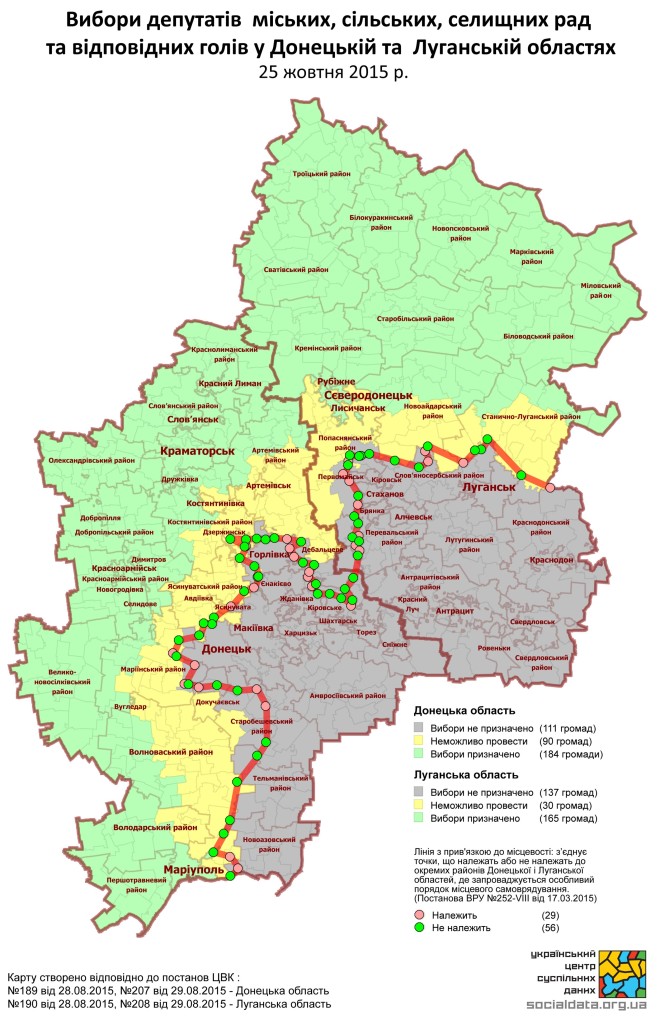 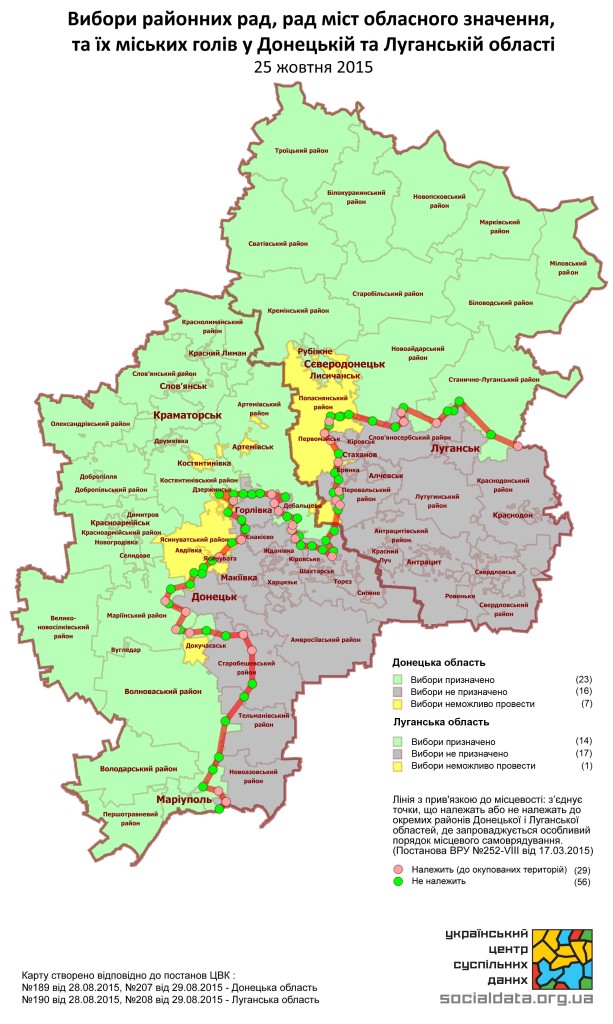 Maps of local elections to be held in Donetsk and Luhansk oblasts of Ukraine on 25 October 2015.

Central Election Commission of Ukraine defined the communities, where the elections are not appointed (parts of Donetsk and Luhansk regions occupied by Russian terrorists) – beyond the “official” delimitation line, and where the elections could not be organized – if the areas are de facto Russian-occupied, or if it too dangerous to conduct elections in Ukraine-controlled areas (too close to the front lines).

The red line on the map – is only official line delimiting areas of «special regime of local self-governance» in selected areas of Donetsk and Luhansk oblasts. The borderline unites points that either belong or do not belong to those «separate areas». Area between this red line, border with Russian Federation, and short section of Azov Sea coastline was also officially recognized as temporarily occupied territories. (Resolution of Verkhovna Rada, No.252-VIII of 17.03.2015)

One map shows areas, where elections to the city, town, village councils, and of respective mayors will take place (in light green). 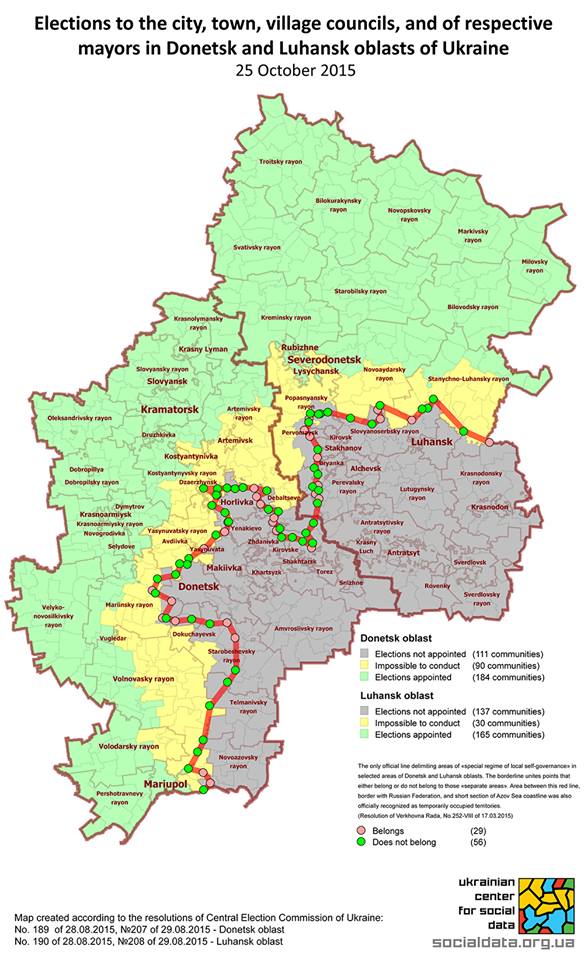 Second map shows which councils and respective mayors will be elected, and which – not (including some local councils in Ukraine-controlled areas). 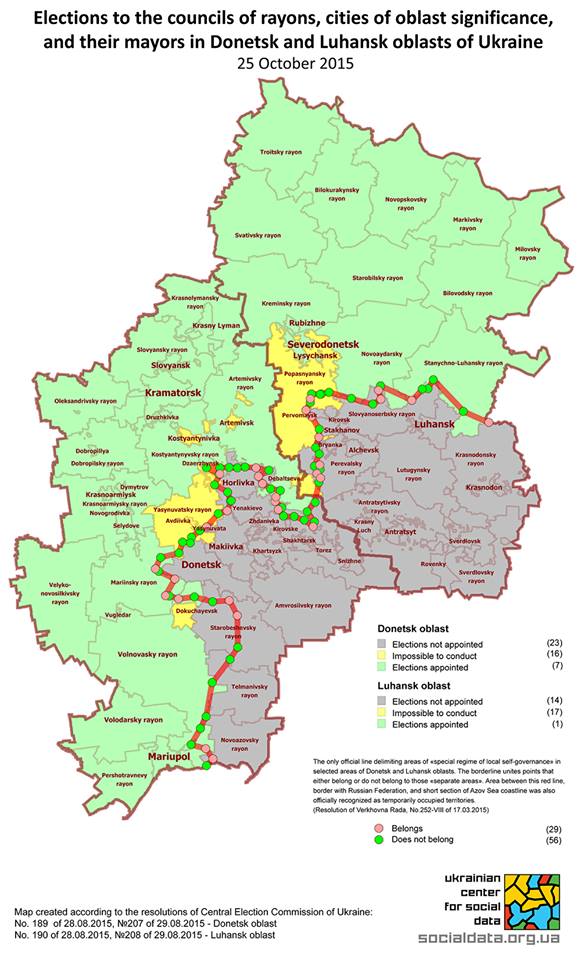