or where to get information on the progress of territorial communities’ amalgamation in Ukraine?

Serhiy Vasylchenko,
Head of the Board, Ukrainian Center for Social Data

In any process of changes, the precise and timely information on its progress is an important factor, if not the decisive one. Amalgamation of territorial communities – as part of power decentralization campaign in Ukraine – is not an exception. However, the way it is being informed about leaves an impression that decentralization may imply lack of coordination when some governmental structures have no idea of what others are doing.

One of top search results listed by Google to the request on amalgamated territorial communities is “Decentralization of power” website launched by the initiative of the Ministry of regional development (Minregion), which gives and account of administrative and territorial reform implementation process. The structure of the website sections claims to the comprehensive coverage of the reform progress. However, “Amalgamation of communities” section offers incomplete and faulty information: 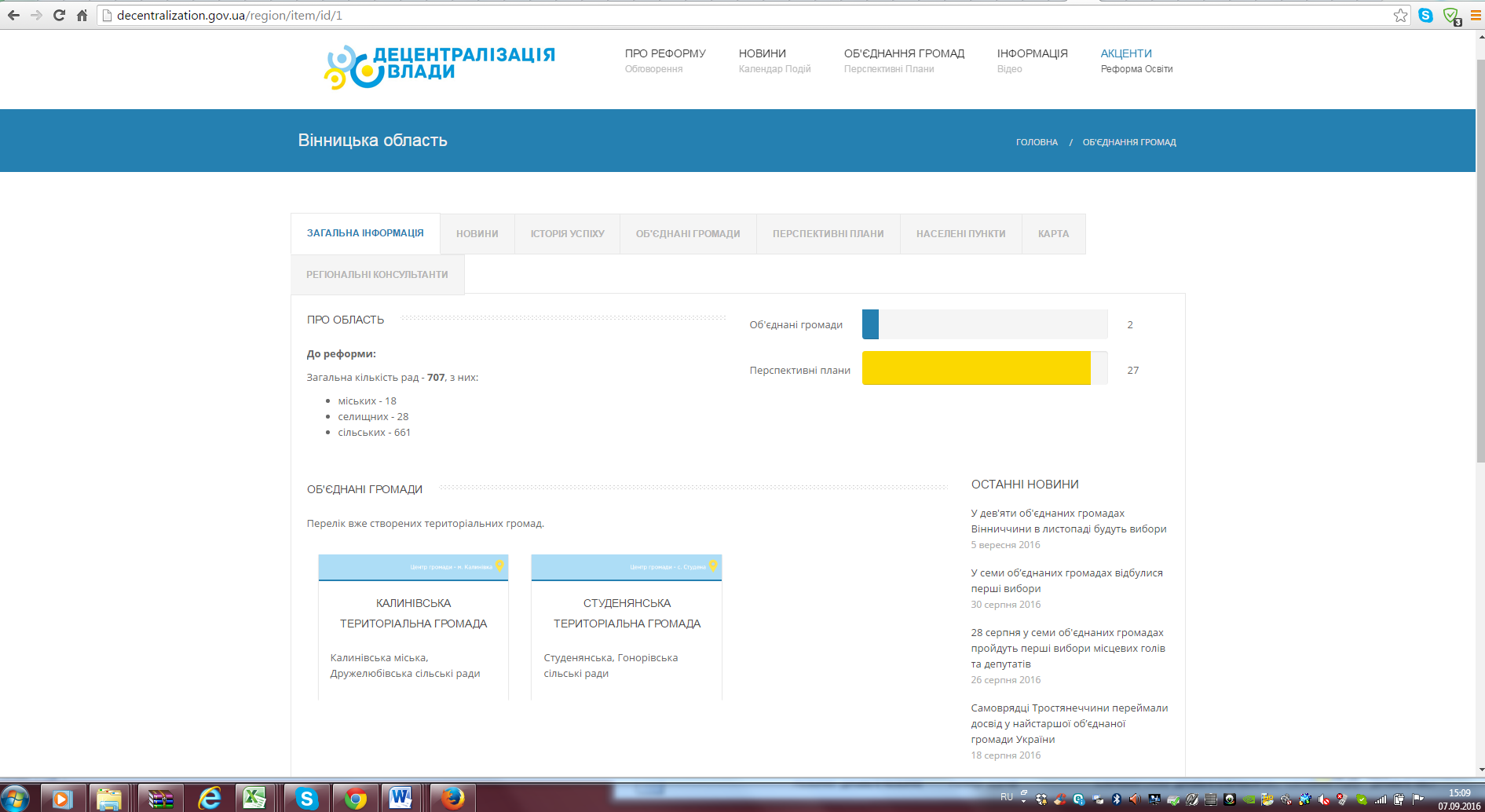 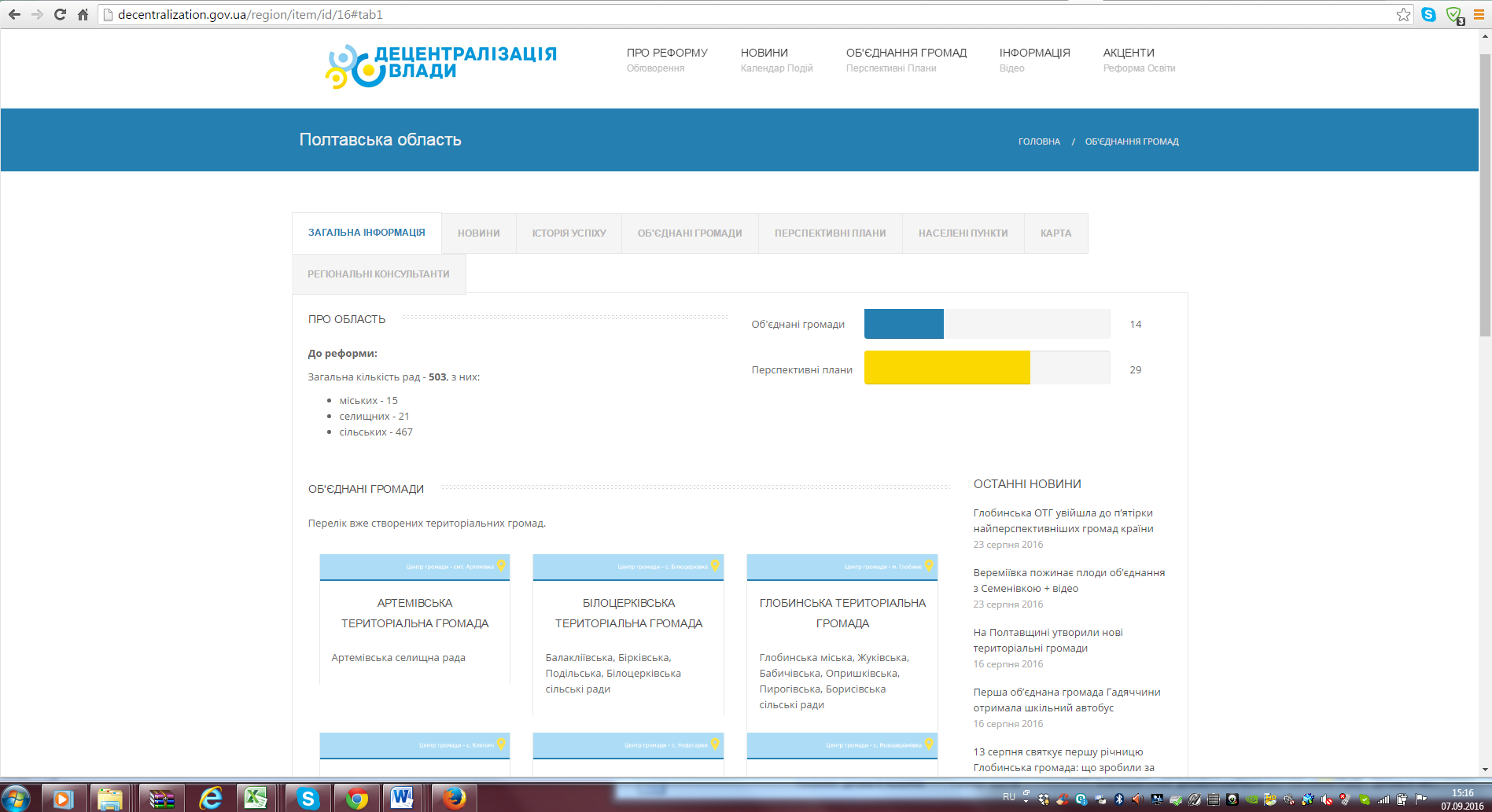 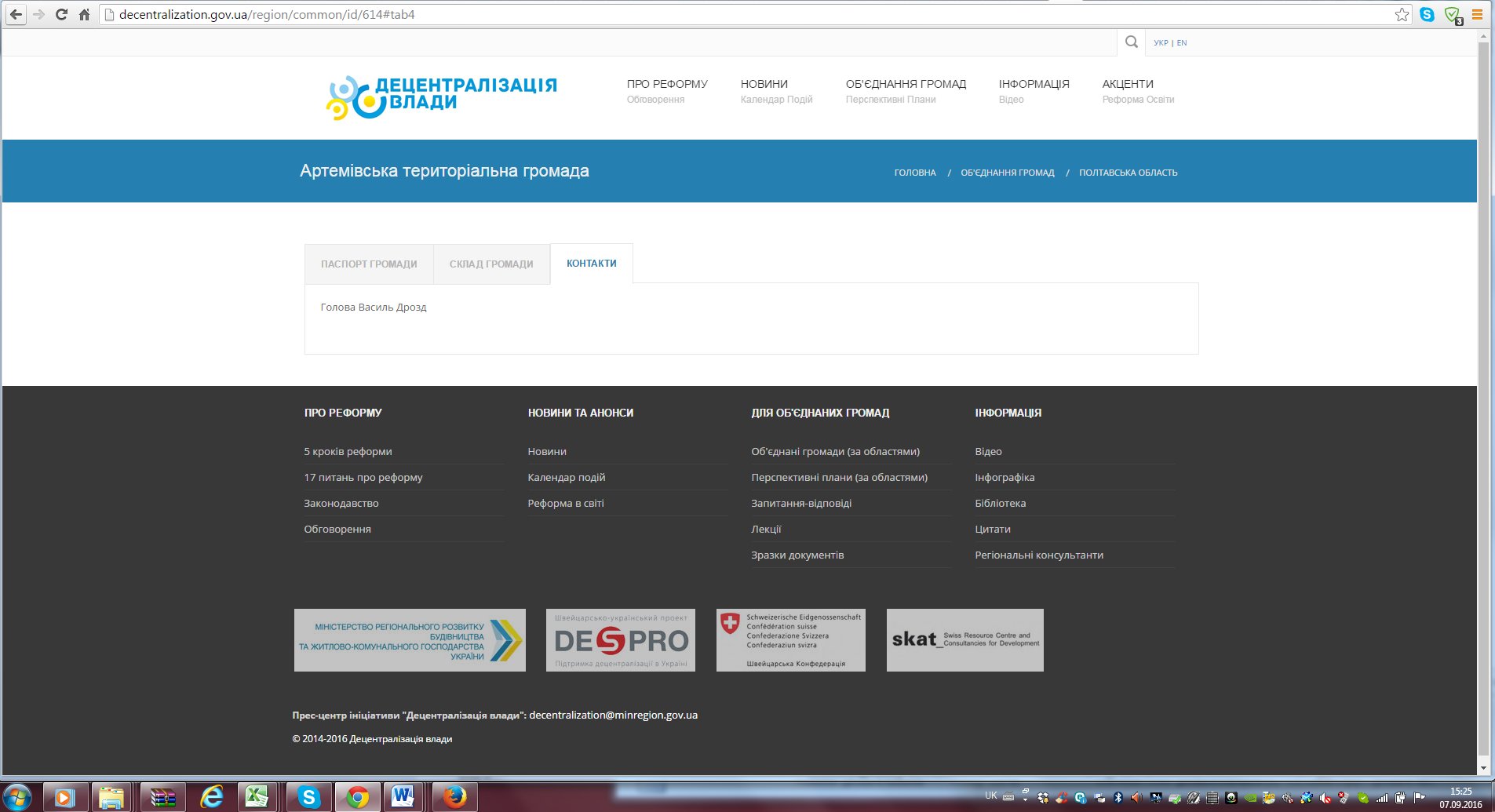 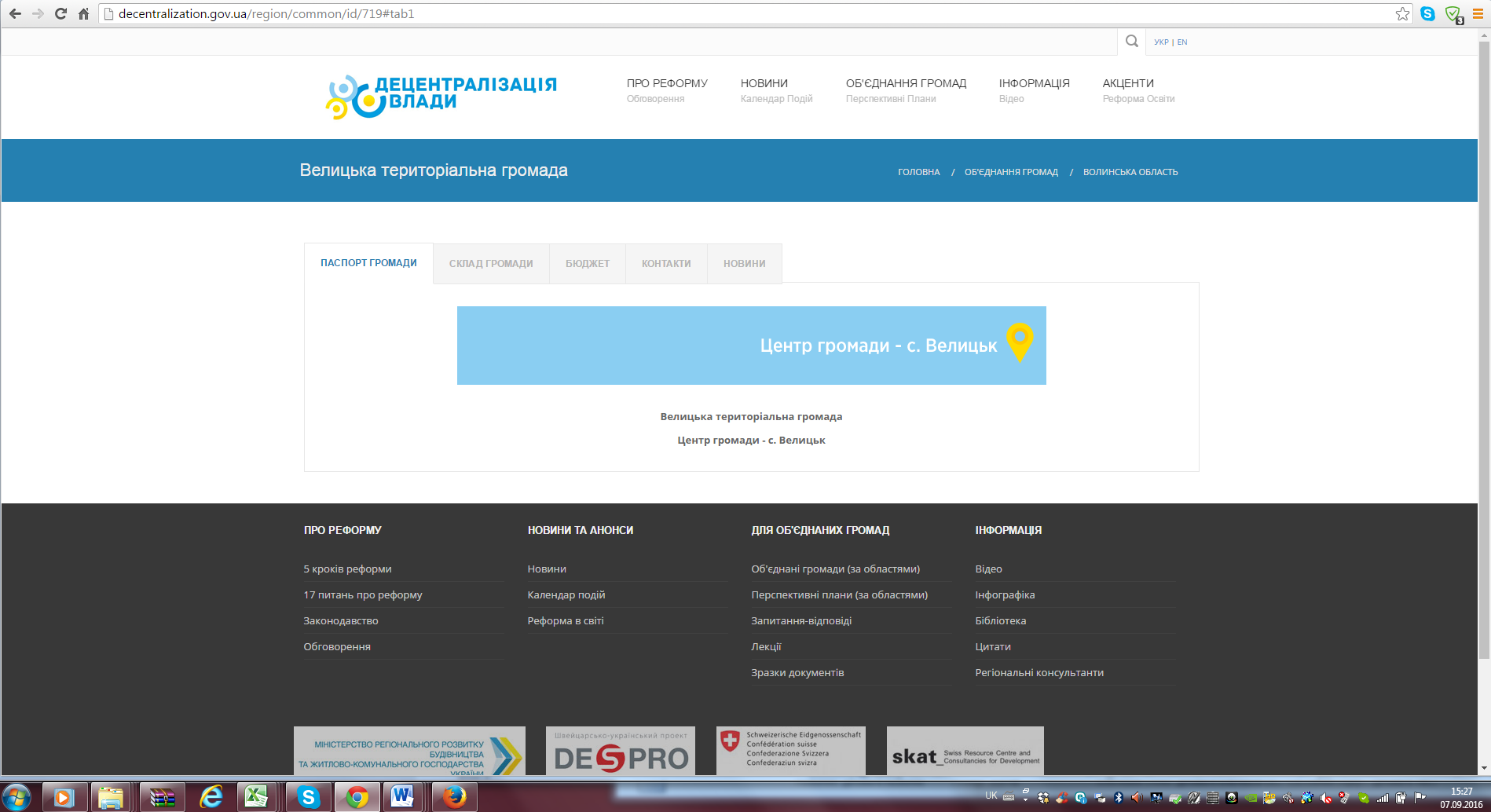 Supposedly it is the “beta-testing” mode the website currently operates under, as the statement in the right upper corner of the page says, that could explain existing drawbacks, for instance: 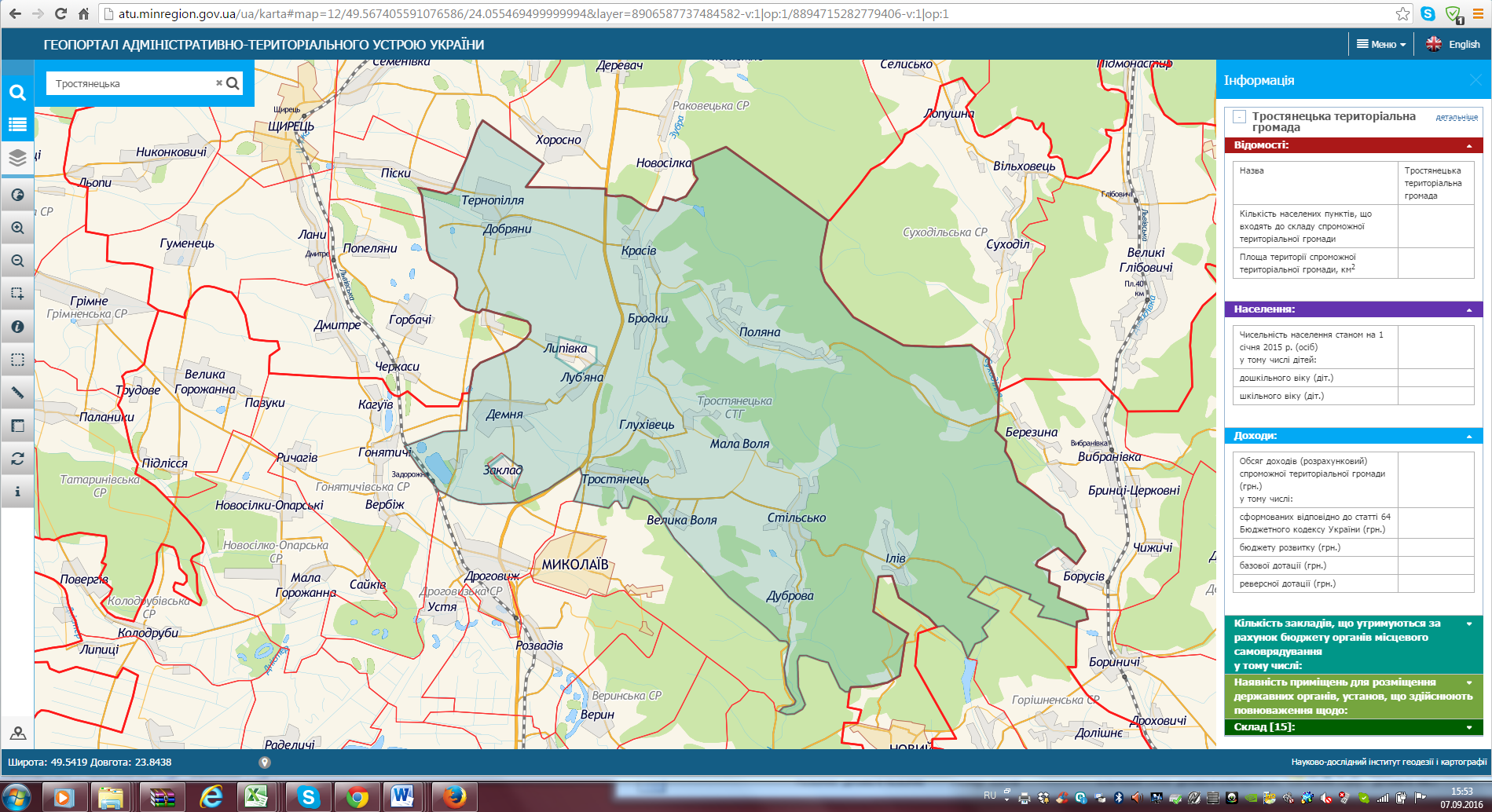 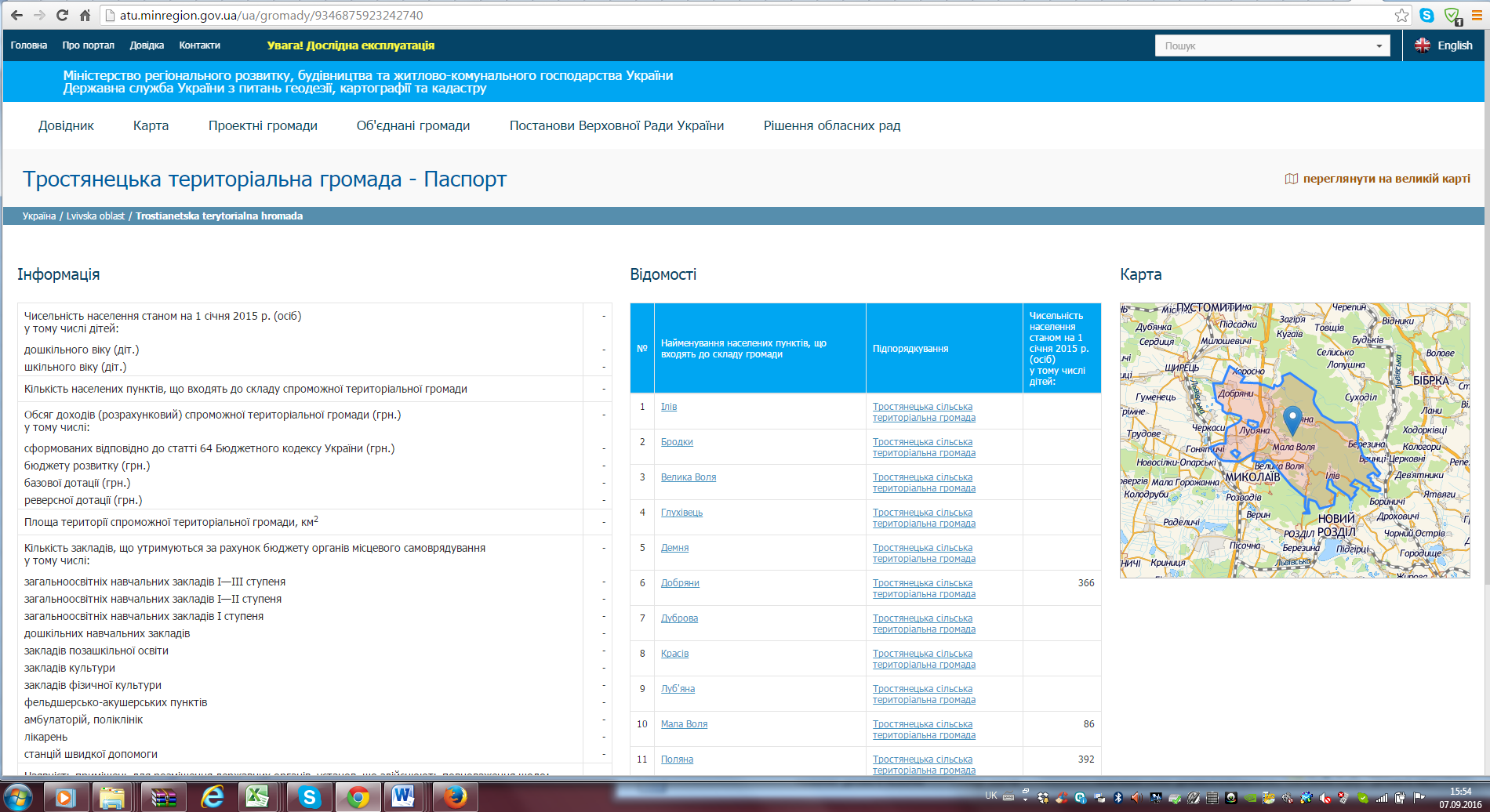 There are cases when the description of amalgamated community’s territory is correct but the map itself has errors. For instance, the boundaries of Kalynivka city territorial community does not coincide with the borders of the comprising councils. The map also fails to include therein the town of , which however is present in the description. 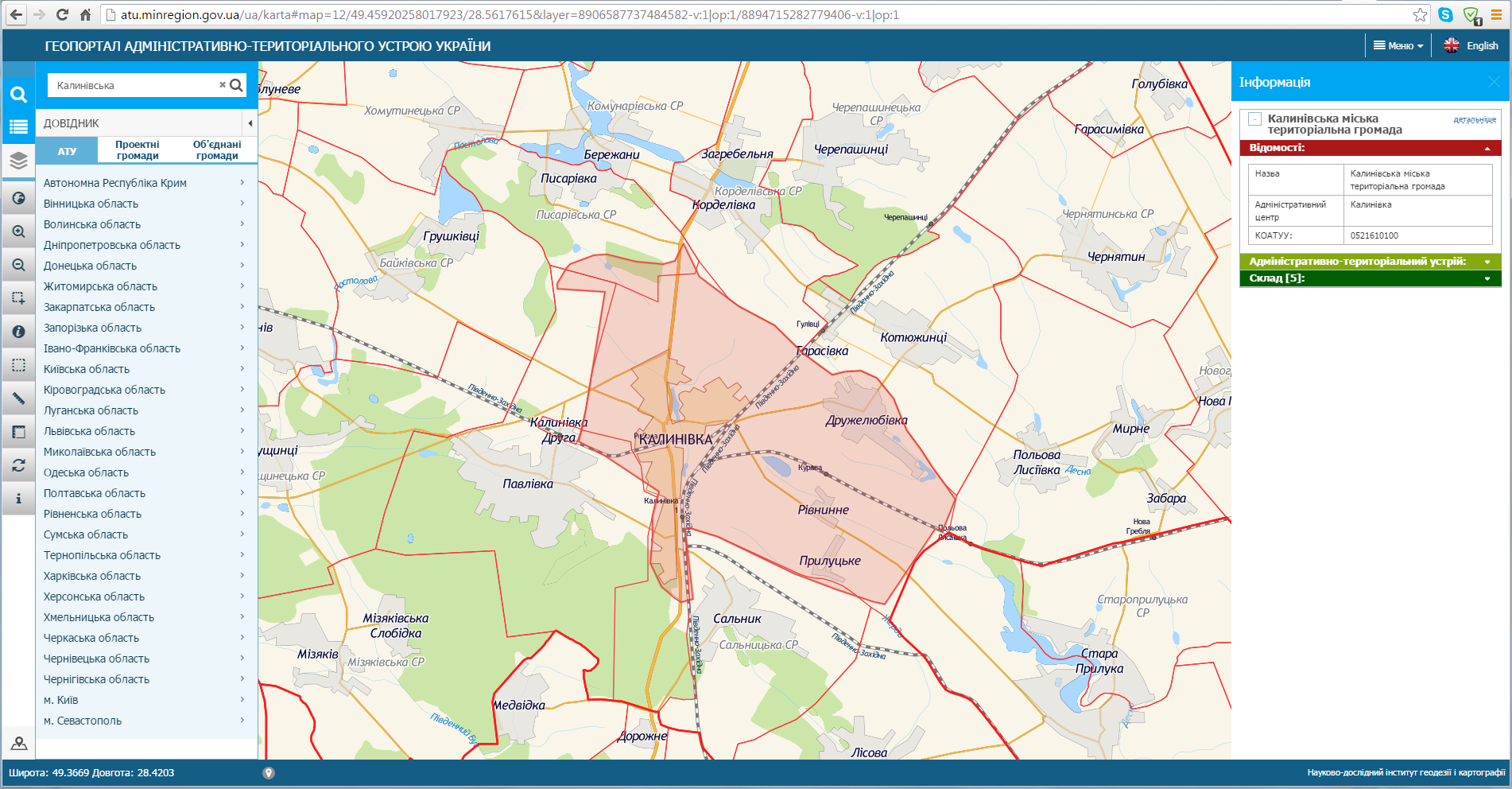 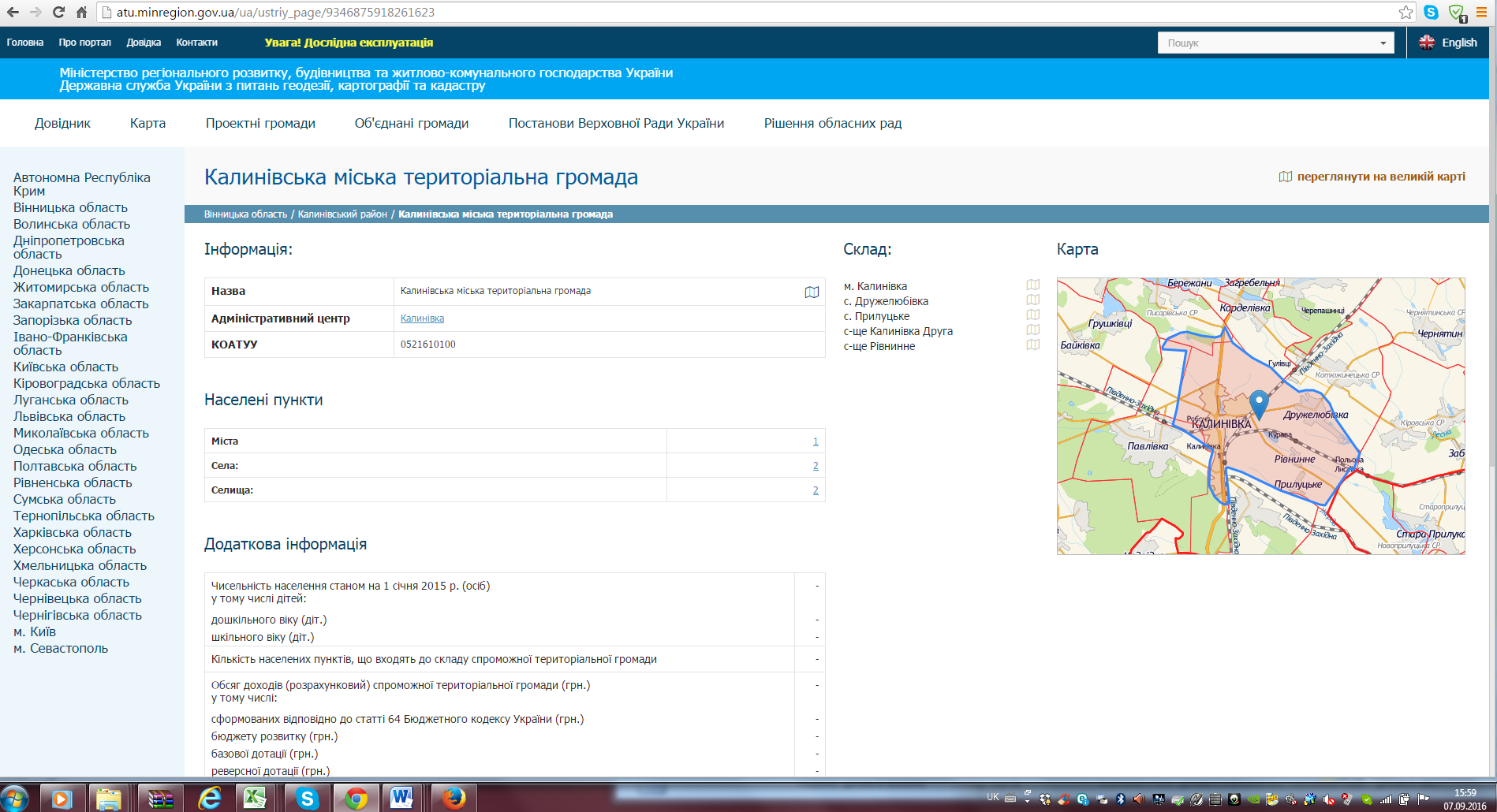 Up-to-date information on the territorial system of Ukraine and changes thereof should be available at the website of the Verkhovna Rada (Parliament) of Ukraine (rada.gov.ua) in the sub-section “Ukraine. ADMIN.TER.SYSTEM” of “Resources” section. However same as at Minregion websites this information is incomplete and faulty. 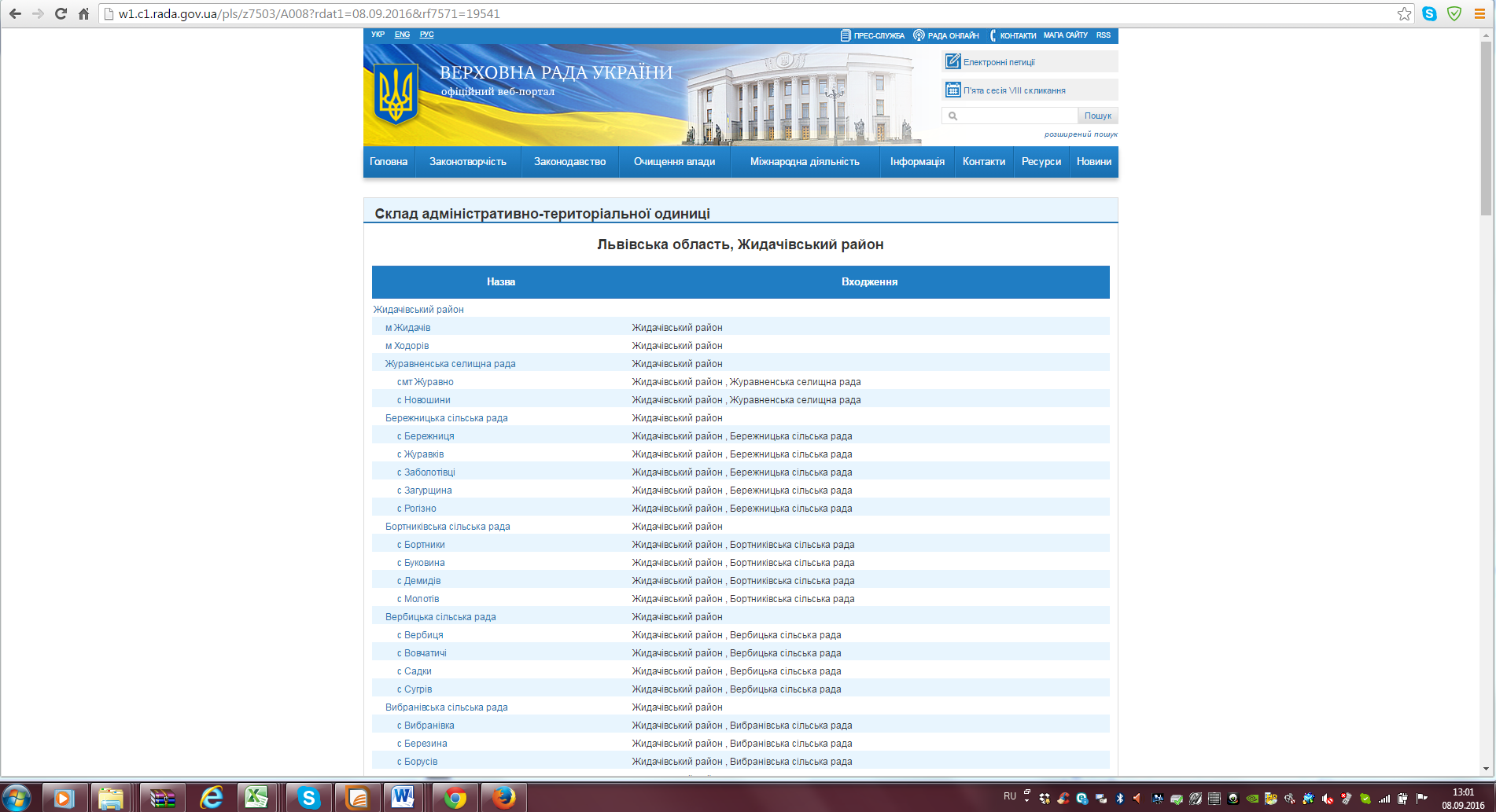 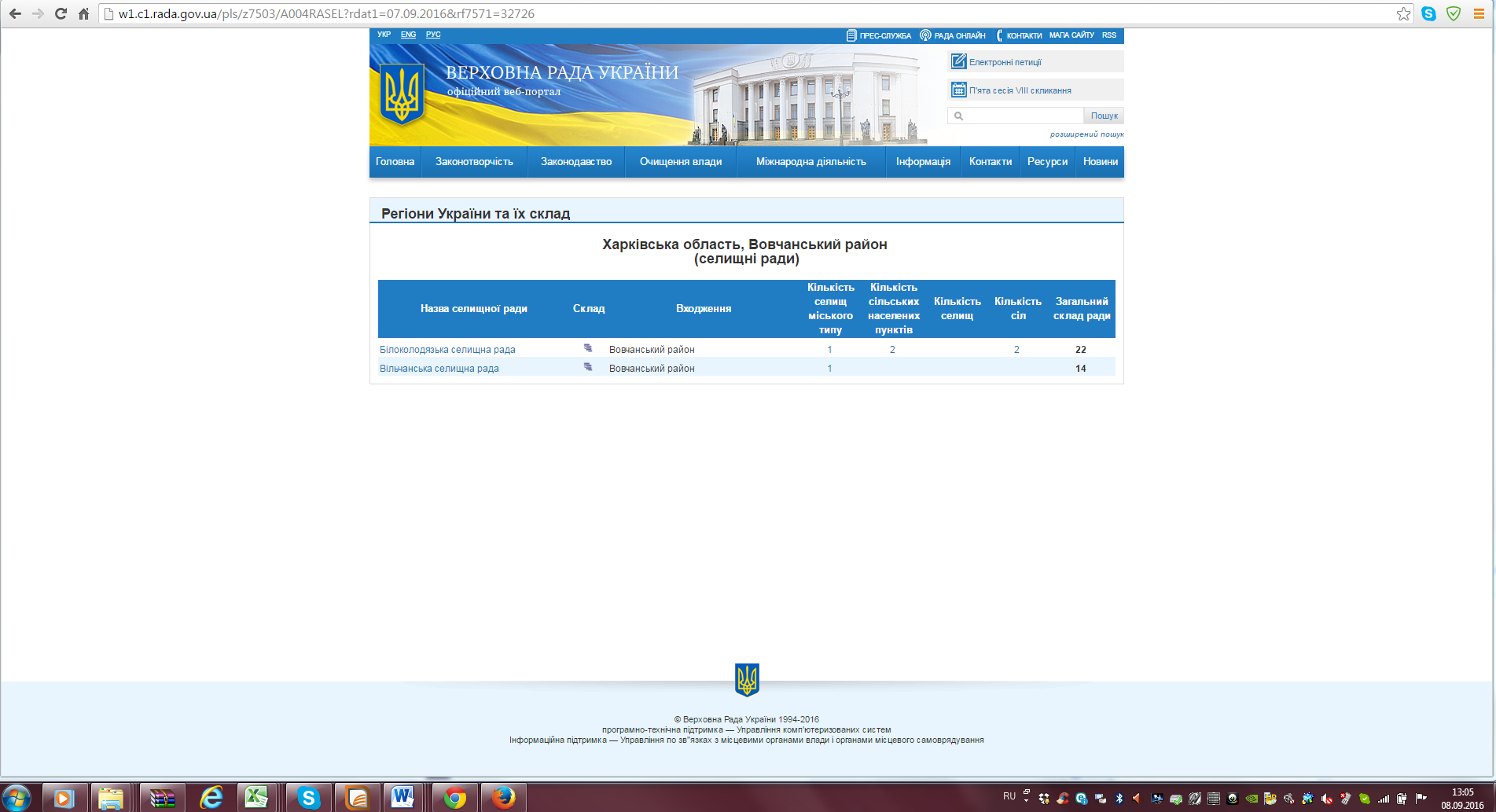 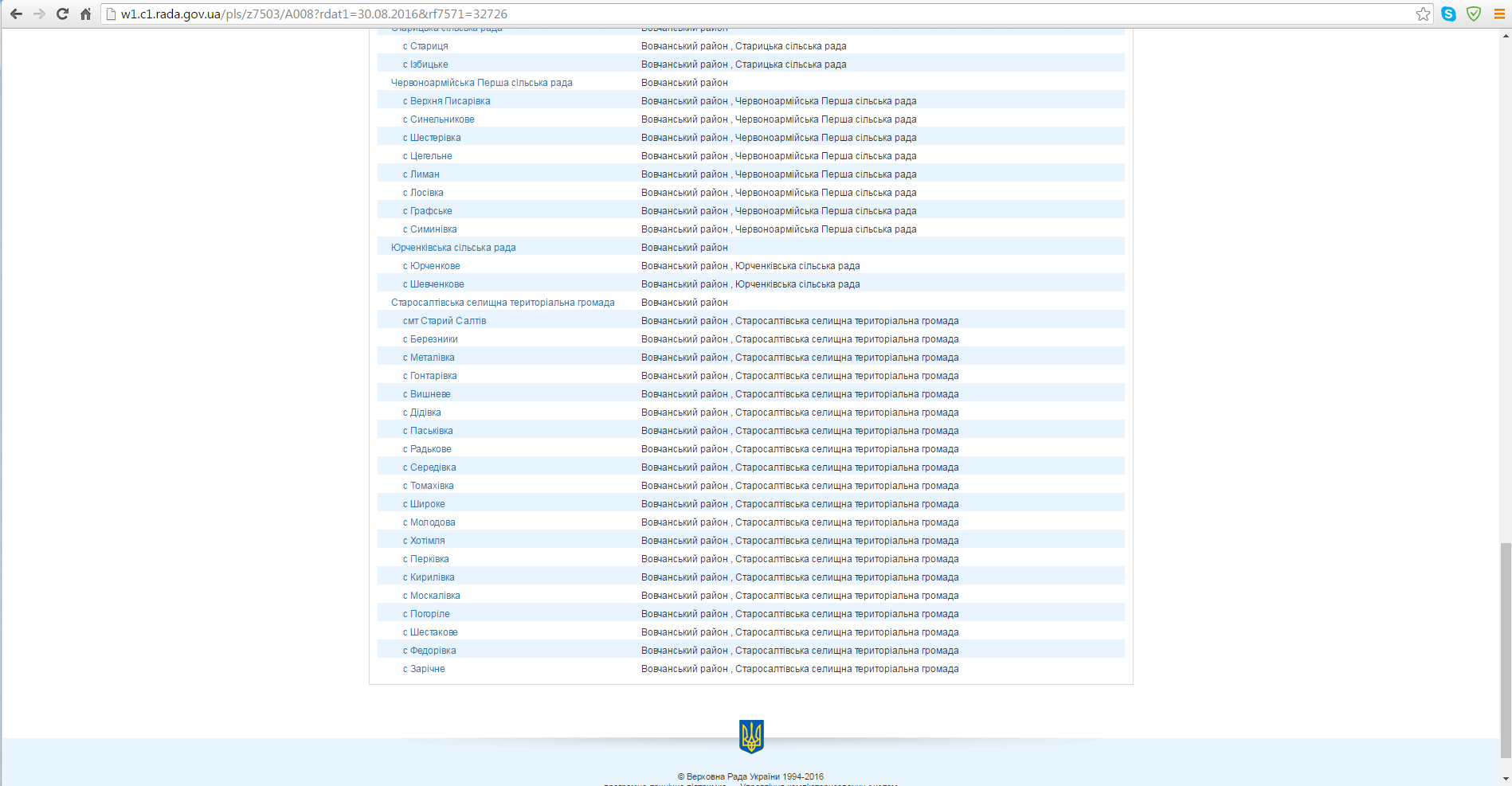 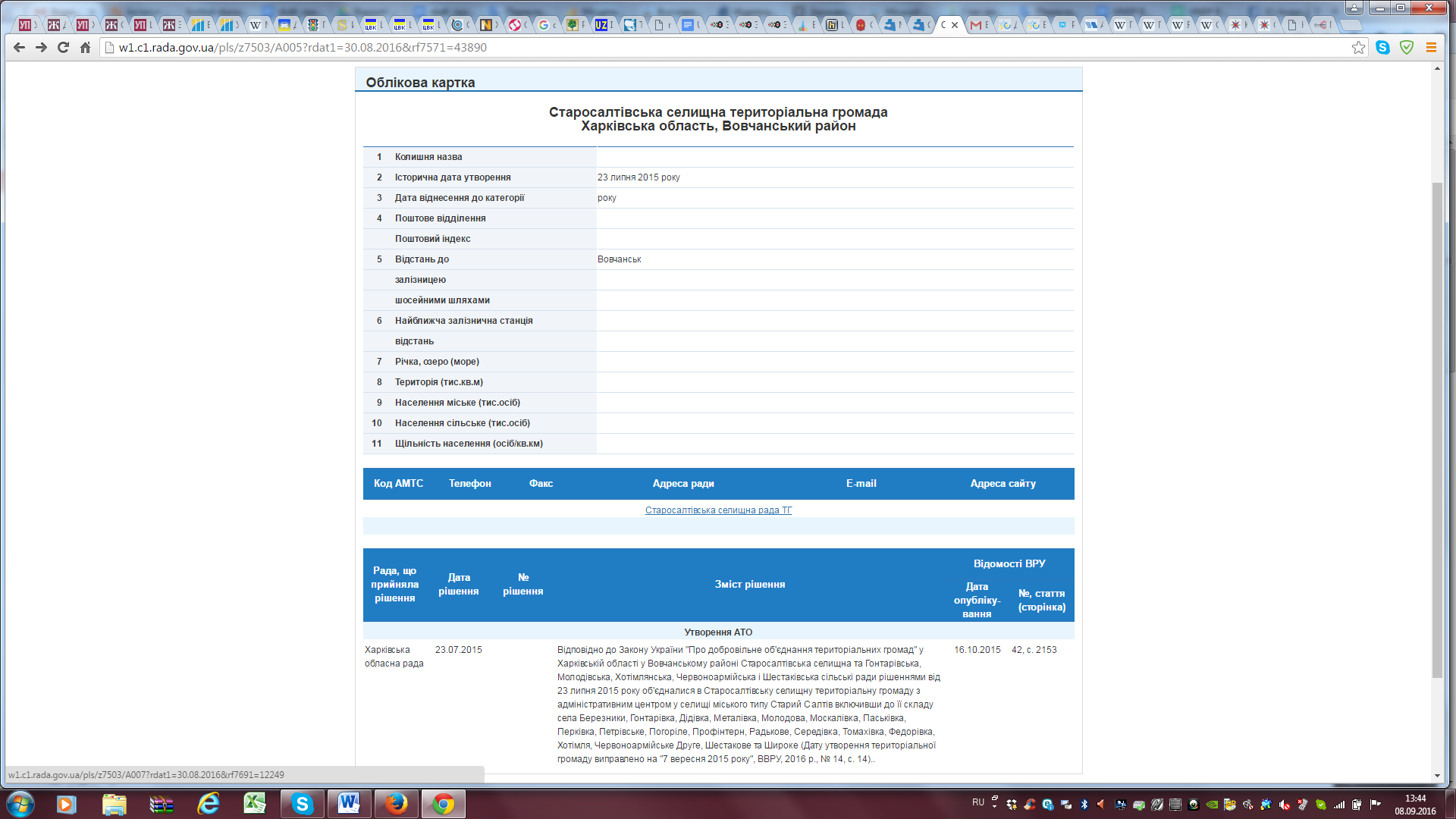 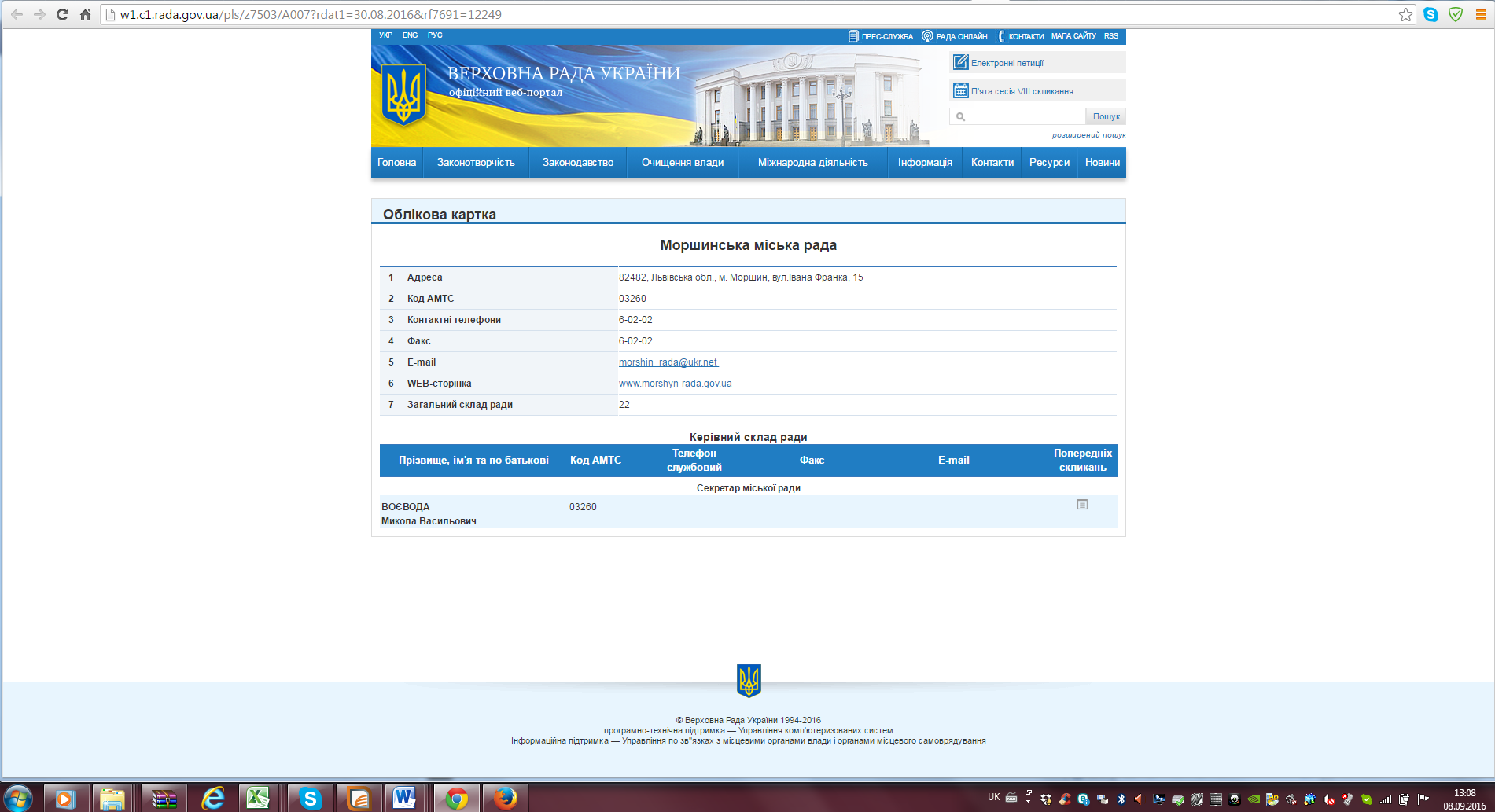 All units of the administrative-territorial system of Ukraine (Autonomous Republic of Crimea, oblasts, rayons, cities, municipal districts, towns, village councils and villages) are assigned respective codes under COATSU (Classifier of objects of administrative and territorial system of Ukraine — КОАТУУ). This code is intended to ensure credibility, compatibility, integrity and automated processing of information from the territorial perspective. Whereas any settlement or council changes its status – a village becomes town or separates out into an individual council, should a city change its status from rayon to oblast significance, the respective COATSU code should be altered or created.

The process of COATSU codes assigning and alteration is performed by the Department of Statistic Infrastructure of the State Statistics Service of Ukraine. However, as far as this agency did not receive any respective instructions, it completely ignores territorial communities’ amalgamation process. No new codes are assigned to these communities and all amalgamated councils remain in the list of COATSU codes as before – separated, which impedes automated processing of information from the territorial perspective.

What can be done about it?

This solution can not be called an easy one, still a more reliable way of obtaining up-to-date information on amalgamation of territorial communities does not appear to be available.

However, apart from a clearly practical conclusion this brief analysis brings up another issue.

It would be preferable to associate the aforementioned issues of relevancy, accuracy and consistency of information on communities’ amalgamation with the sluggish response of inert bureaucratic structures. It is interesting and trendy to attempt viewing it as a demonstration of varying relevancy in different layers of information environment – from immediately running out-of-date events in twitter through the slower timing of facebook and blogs to several months lag between the event and reaction to it at “Decentralization of power” website. However, the case of COATSU codes forces to look at the reality through less rose-colored glasses.

The state in the process of ongoing reforms does not act as a single organism. It does not form the holistic picture of what happens to itself. And no alternative to collection, systematization and dissemination of information being parallel to, or sometimes bypassing governmental structures, is currently available or may be anticipated.